← It’s like having a dog. Except it isn’t.
The Outsider →

Last night at around midnight, as I sat on the edge of our bed, head in hands, looking bleary eyed at the night-vision images of our screaming daughter on the baby monitor, I had a sudden feeling of deja vu.

For the last four months or so, we’ve been fortunate enough to have a baby sleeping from 7pm to 7am, who doesn’t cry and is generally a very happy little being. Much of this is thanks to the expert help and guidance we received from the Sleep Fairy, Dee Booth. However, to date we’ve also had a daughter that has so far produced only two teeth.  We both know that more teeth would inevitably come and with more teeth comes more teething. And more teething means more saliva production, more stomach acidity, more nappy filling poonamis and ultimately a generally unhappy little person that will sleep less and by default cause you to sleep less.

With the first two teeth, we seemed to manage things fairly well; the pain with Calpol and Baby Neurofen, instant soothing with Nelsons Teething Granules and Teething Gel along with chilled teething rings for her to chew the crap out of. Unfortunately, none of these remedies deal with the vast quantities of runny poo your beloved baby will produce at the most inconvenient of times. I can’t over emphasise just how much and how often. This also produces nappy rash to the point where your baby’s backside will resemble the flag of Japan. 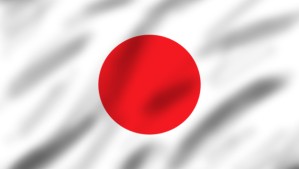 This time round though, the teething has come out of the blue. We had a lovely day yesterday at a 1st birthday party and our little Tinker was impeccably behaved enjoying all the soft play and toys that the parents had arranged. She was on top form and made us both feel like very proud parents. She even went to bed without any fuss whatsoever. And you see, this is what they do; they lull you into a false sense of security so that when you least expect it, whammy! The screaming horror is unleashed once more to remind you what your sole purpose in life is right now. Roughly two hours of crying later she finally succumbed to the pain relief and fell soundly asleep until just before 7am this morning. Mrs DADiator and I on the other hand, have had to put in a full day at work (her) and spend every minute of her waking hours feeding/entertaining/changing/sedating her (me). To say I’m tired is an understatement as it’s taken me the best part of three hours just to compose this post.

Anyway, to summarise and bring this post to an end; teething – it’s the shits.

← It’s like having a dog. Except it isn’t.
The Outsider →